This is going to be a weird post. My plan for this Saturday was to take a drive to Lincroft and check out the other Thompson Park (Lincroft NJ). I knew they had trails, but I hadn’t been there in years. Saturdays are a bad day for most of my friends these days, but that is not going to stop me from enjoying the weather. I like wandering around in the woods alone, taking picture of trees (surely, you’ve noticed).

Buuut, yesterday my mom texted and asked if I wanted to go with her into Red Bank. She had to go in and thought maybe I’d be up for walking around town or grabbing a bite to eat.

Guess where Red Bank is. Okay, I’ll tell you, it’s 15 minutes away from the park I wanted to explore. So I told her I was game, but that I wanted to go hike if the weather was nice. We had a plan. As we were walking down Front Street in Red Bank, we passed by Riverside Gardens Park. It’s not a walking park, but it was still pretty, so we wandered in so I could take a few snapshots of the Navesink River. 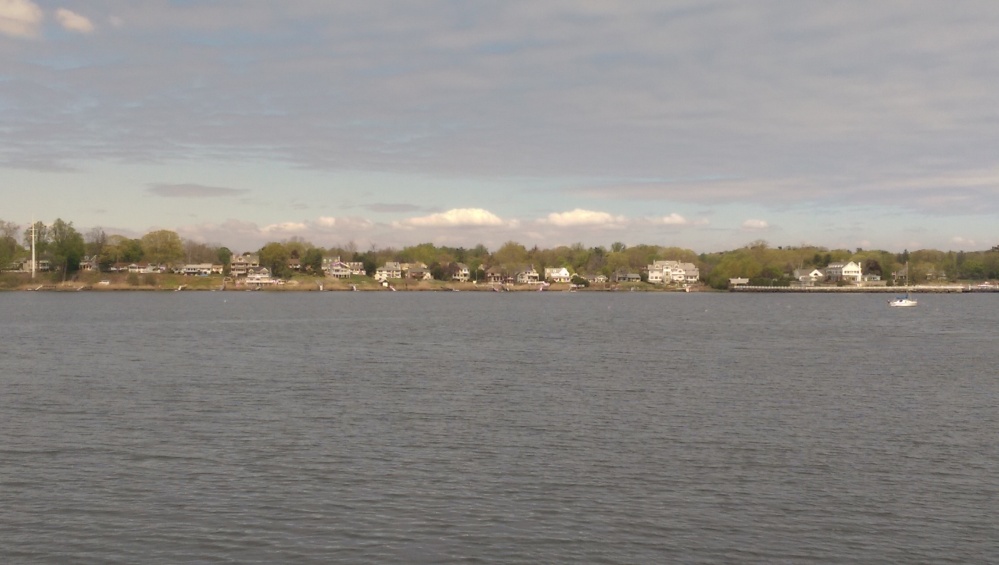 A lot of the buildings around Red Bank are really beautifully painted, and Riverside Gardens Park proved to be no exception:

From there, we got in the car to drive to the park, and while we were pulling out of the parking lot, Dad called. He wanted to know what I was up to and if I wanted to go hiking in Holmdel Park with him. As mom and I were on the way to Thompson Park, we decided to meet up there instead.

When we got there, we found there was a music and art festival going on, so we got to enjoy a little bit of live music!

Dad arrived with the old lady (see: his dog), who needed to burn off some excess energy, so we spent a little time letting her trot around the nearby dog park with a funk band playing in the tent just behind it.

Then it was off to find the hiking trails. It turns out Thompson Park (Lincroft, not to be confused with the one in Monroe)’s longest trail is almost 5 miles. It’s all reasonably level, so sneakers were fine, but that means that on mileage alone they have more trail mileage than our usual hiking grounds at Cheesequake State Park. Although, to be fair, Cheesequake has steeper inclines, so in terms of the workout, it probably evens out.

Not all the trails start where they label the trail head, which we learned the hard way, and went looking for the one that goes around Marlu Lake.

The dog was very happy to get to go for her first swim of the year. Since we walked almost a mile just trying to find the trail around the lake (as well as a mile around Red Bank), we decided at that point to start working our way back towards the parking area. 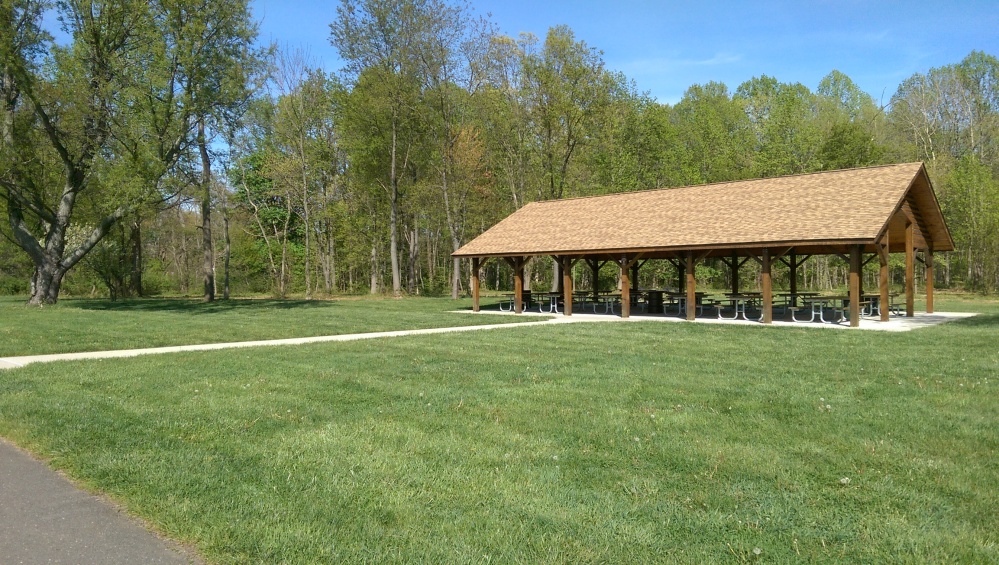 And, that’s a wrap! Next week, will be hiking up by the Delaware Water Gap, and then it’ll be Steampunk World’s Fair the week after. So, I should have lots of nature and indie music coming your way this month.