I’m going to call this “Holmdel Park R” going forward, because Ramanessin is a mouthful and I can’t spell it right without looking it up every time. If you look at the Holmdel Park map, you would think you could walk from Holmdel Park’s Pond walk, between the Arboretum and Longstreet Farm, and just appear right at the R section from the North Section. I have yet to find this mystery path, so I’m guessing it’s just there to show you where it is in relation to the rest of the park. It’s basically around the corner from the main entrance to the North Section of the park.

I think this trail head may be Holmdel Park’s best kept secret. It has it’s own parking lot, it’s own time window (North Section is open until 8:30 this time of year. R section is marked “dawn to dusk”), AND as it turns out, that’s where all the Holmdel Park pamphlets were. (I am filling my glove compartment with trail maps. lol.)

Unlike Holmdel Park’s North Section, which caters to any number of park interests, featuring a pond that you can fish in, an arboretum, fitness trails, tennis courts, children’s playgrounds, etc… R is purely a trail head, and from the looks of it, a nearly secret hidden gem sandwiched between two farms and running along behind a residential district.

As I pulled up, there was one other car in the lot, and it didn’t look like they planned on hiking (they were just sort of hanging around smoking. I don’t get it, but whatever. People are weird and I’m clueless.). I saw one other person on the trail in the entire 2 hours I was out there; a young guy out running, which is basically a little slice of heaven for me. I go on hiking trips, but honestly, my favorite hikes are the ones where it’s just me, the trees, and the animals.

Many parts of this hike looked like they see more maintenance vehicle traffic than foot traffic. Some patches are gravel, some mud, others are grass that’s just slightly shorter than the grass around it. There are very few steep inclines, making this a relatively easy hike, but it will deceive you. After just shy of 4 miles, I was sweaty, tired, and glad to see my car.

About half of the steeplechase trail runs beside a farm where various sorts of trees are growing behind a wire fence. The Rama….lama-ding-dong(whatever) trail runs beside a brook. These are out-and-back trails. There are shorter trails cut between them so that you can easily turn it into a loop trail of a few different lengths, with the longest loop being just a bit under 4 miles.

Overall, will probably explore here again, but it’s definitely a weekender since I can easily end up wandering around for 2 hours, which is just not a time slot I can really allot for in the evening on a work day. 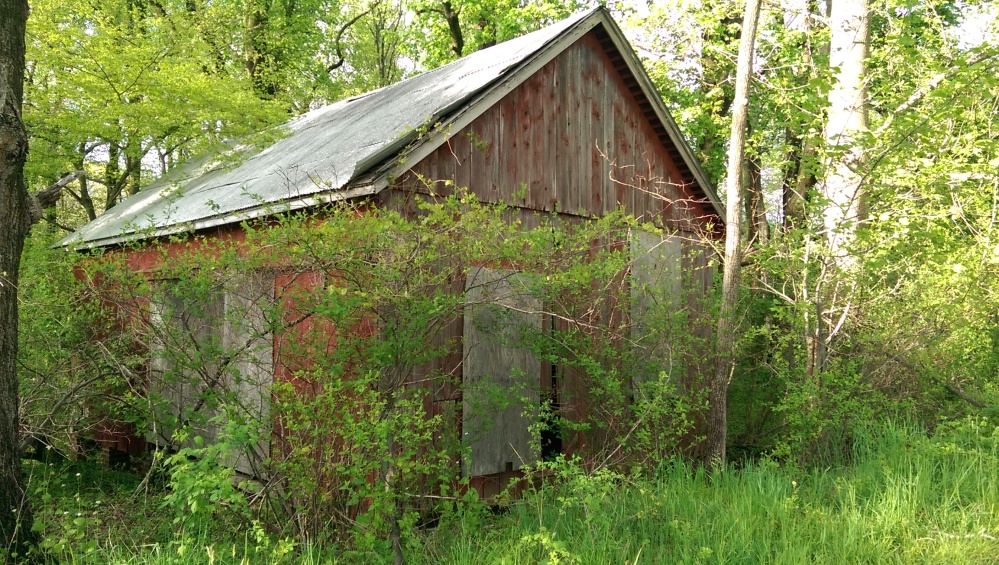 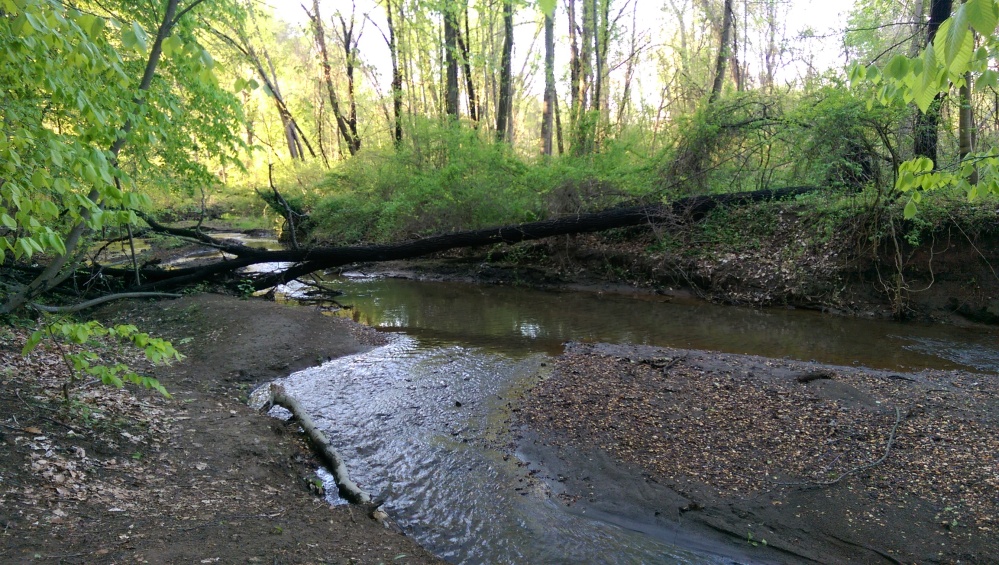 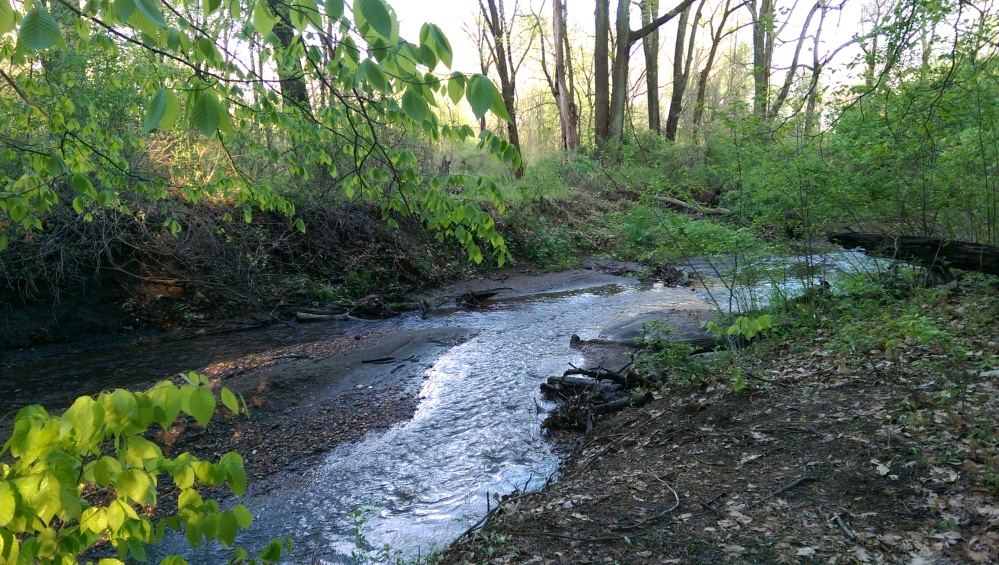 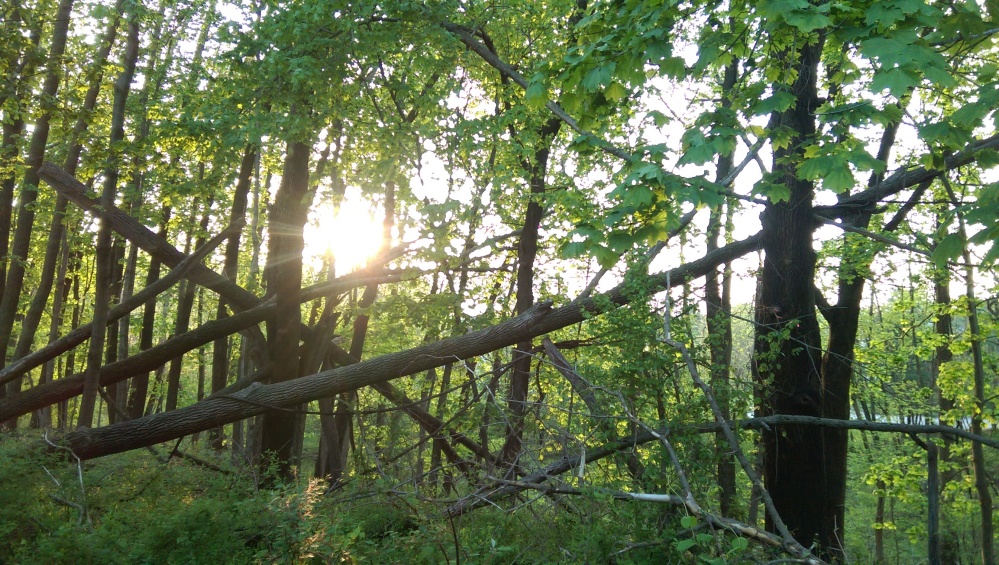 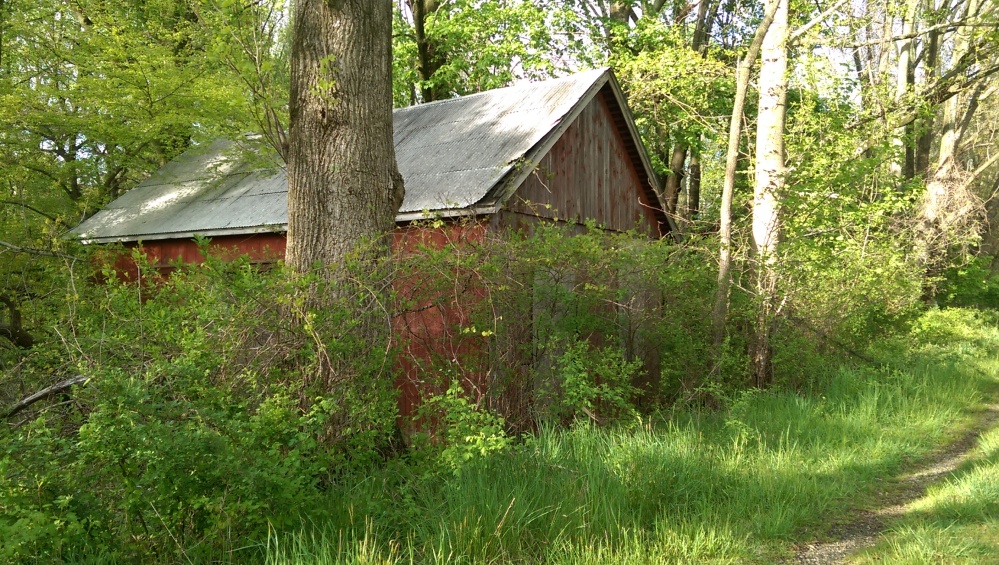